The Assam Government has different Policies which are detailed below:

For development and welfare of Small Tea Growers in the State, a policy called "the Cess Utilization (Amendment) Policy, 2015" declared by the Government of Assam on 30th May, 2015. The Policy will remain valid commencing from 1st June, 2015 until further as notified by the State Government. To implement the scheme, a Cess [ Cess means a tax levied under the Assam Taxation (on specified land) Act, 1990 and amendment thereof, on specified land under cultivation of tea by Small Tea Growers] is levied at the rate of 25 paisa per Kg of green leaf purchased by the Bought Leaf Factories (BLF) and Estate factories.

The fund so collected to be utilised for development of small and marginal tea growers, welfare of tea labourers in unorganised sector and improvement of quality of tea. The proceeds of cess levied shall be credited to the Consolidated Fund of Government of Assam and will be allotted to the State Level Society, constituted under the policy, for implementation of various schemes under the Cess Utilisation Policy.

The Industrial and Investment Policy of Assam, 2014 was declared by the State Government have laid down of fiscal incentives for investors in Assam. The policy would be valid for five years w.e.f 1/3/2014 and all new units as well as existing unit undergoing substantial expansion, modernization and diversification shall be eligible to enjoy the incentives under the policy.

The highlights of the incentives under the policy are:

Policies of other departments of Government of Assam: 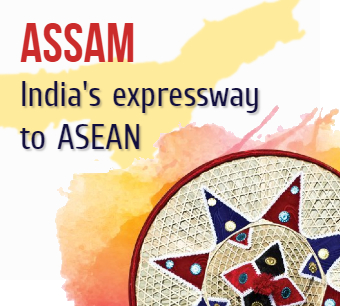