Barsapara Cricket Stadium, officially known as Dr. Bhupen Hazarika Cricket Stadium and nicknamed Assam Cricket Association Stadium is a cricket stadium in Guwahati, Assam. The Barsapara Cricket Stadium is India's 49th international cricket venue. First International cricket match played here was between India and Australia T20I. It is a new stadium which hosts domestic and international cricket matches. The stadium has a capacity of 40,000 and is one of the finest in the country having all the modern facilities. Besides the cricketing arena with covered seating all around, the stadium will also have necessary infrastructure such as indoor practice wicket, swimming pool, gym, etc. Two of the four grandstands, including the players' pavilion and the state-of-the-art media centre, and the ground's 24-hour water sprinkling facility.
Address: Barsapara, Guwahati, Assam.

Nehru Stadium is a multi-purpose stadium in Guwahati, Assam and managed by the Board of Sports, Government of Assam. It is used both for football and cricket matches. The stadium holds 15,000 people at most and was built in 1962. So far it hosted 13 One Day Internationals matches and many matches of top domestic cricket tournaments like Ranji Trophy, Duleep Trophy and Deodhar Trophy. In football it regularly hosts prestigious Bordoloi Trophy. The stadium also hosted Santosh Trophy and Federation Cup tournaments. And Gitartha Borah was nominated top fan for his support in every match at Nehru Stadium.
Address: B.Barooah Road, Guwahati,Assam.

Indira Gandhi Athletic Stadium also known as Sarusajai Stadium is a football stadium in Guwahati, Assam, India. Besides hosting football matches, the stadium is also used for athletics. It has a total capacity of 35,000 which was later reduced to 23,850 dues to installation of bucket seats for 2017 FIFA U-17 World Cup, which was hosted in India. In 2007, it hosted the 33rd National Games of India and in 2016, hosted the South Asian Games. The stadium hosted the Assam Global Investors' Summit on 3 and 4 February, 2018. The stadium recorded the highest attendance for a football game in northeast India when 32,844 spectators came to see the ISL match between local club NorthEast United and visitors Chennaiyin on 20 October, 2016 till 5 January, 2018 when it was broken by KhumanLampak Main Stadium of Imphal, Manipur with 35,285 spectators.
Address:Sarusajai, Guwahati, Assam

Jorhat Stadium is a multi-purposed stadium located in Jorhat, Assam. This is the oldest stadium of Assam. It has Earthen Galleries which were designed by late Abani Mohan Choudhury. The stadium is venue for various cricket and football tournaments. The first Ranji Trophy match in Assam was held at Jorhat stadium in 1949/50. The prestigious "Assam Tea Planters' Association Shield" (ATPA Shield), is the big attraction of the Jorhat football, with top teams from across over the Northeast. The tournament was first held at this stadium in 1960. Jorhat Stadium is home Jorhat Town Club in Assam State Premier League.
Address:Jorhat, Assam

Satindra Mohan Dev Stadium is a multi-purpose stadium situated at Silchar, Assam. It was earlier known as the District Sports Association Stadium. After extensive upgrade of facilities, it was renamed after the father of Sri Santosh Mohan Dev. The stadium is used for football and cricket and has a capacity of around 30,000. It has hosted a women's international one day match between Indian and the England women's teams. It also hosted Ranji Trophy as well as Duleep Trophy matches.
Address:Silchar, Assam

Nagaon Sports Club Ground or Nurul Amin Stadium is a multipurpose stadium in Nagaon, Assam. The ground is mainly used for organizing matches of football, cricket and other sports. It hosts the prestigious Independence Day Cup Football tournament every year in August and September, in which most of the teams of national repute participate. The stadium has hosted eight Ranji Trophy matches from 1964 when Assam cricket team played against Bihar cricket team until 1989 but since then the stadium has hosted non-first-class matches.
Address:Nagaon, Assam

The National Sports Council of Assam Ground, also known as the National Sports Council of Assam Stadium, is a former first-class cricket ground in Jorhat, Assam. Ten first-class matches were played at the ground between 1953 and 1974, eight of them by Assam in the Ranji Trophy. In all ten matches the home team lost. There were many low innings totals and some notable bowling figures.
Address:Jorhat, Assam

Gauhati Town Club Ground or Judges Field is a multi-purpose ground in Guwahati, Assam. The ground is mainly used for organizing matches of football and cricket. It is home of the sports club Gauhati Town Club. The ground is one of the oldest and the premier sporting organization in the north-east established in 1906. The ground has hosted four Ranji Trophy matches in 1956 when Assam cricket team played against Orissa cricket team. The ground hosted three more Ranji Trophy matches from 1960 to 1961.
Address:Kachari, Guwahati, Assam

Jorhat Gymkhana Club is a sports venue located in Jorhat, Assam. Club built in 1876 by D. Slimmons. The club has been a venue for horse races, lawn tennis grass courts, swimming pool, billiards, polo, golf, cricket etc. ever since its inauguration. The Governor's Cup is played here every year with a lush green 9-hole golf course circuit. The club's golf course is list into the World Heritage list as the oldest golf course in Asia and the third oldest in the world. The club offers facilities in lawn tennis grass courts, swimming pool, billiards, polo, gentleman's bar and cinema theatre. The cricket ground here is known as Jorhat Gymkhana Ground and has a capacity of 8,000 as well as has a turf wicket.
Address:Jorhat, Assam

Jorhat District Sports Association Ground or J.D.S.A. Field is a multi-purposed playground located in Jorhat, Assam. The ground was built in 1915 and has capacity of 10,000 spectators. It is a venue for cricket & football tournaments, fairs & exhibition but in 2008, Jorhat District Sport Association decided to renovate the ground with all the modern facilities like sitting capacity of 25,000 people, construction of a cricket pitch, volleyball court, 400 meters track as well as accommodation building for 100 athletes.
Address:Jorhat, Assam 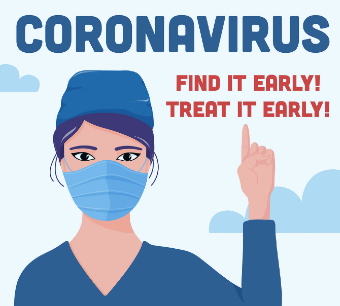 Coronavirus disease (COVID-19) is an infectious disease caused by a newly discovered coronavirus. Most people infected with the COVID-19 virus will experience mild to moderate respiratory illness and recover without requiring special treatment. Older people and those with underlying medical problems like cardiovascular disease, diabetes, chronic respiratory disease, and cancer are more likely to develop serious illness.

The best way to prevent and slow down transmission is to be well informed about the COVID-19 virus, the disease it causes, and how it spreads. Protect yourself and others from infection by washing your hands or using an alcohol-based rub frequently and not touching your face. (Source: WHO)