With a total area of 352 square kilometres (136 square miles), “Majuli” is the world's largest river island and it attracts tourists from all over the world. It is an island in the Brahmaputra River, Assam and in 2016 it became the first island to be made a district in India. The island is formed by the Brahmaputra river in the south and the Kherkutia Xuti, an anabranch of the Brahmaputra, joined by the Subansiri River in the north. Mājuli island is accessible by ferries from the city of Jorhat. 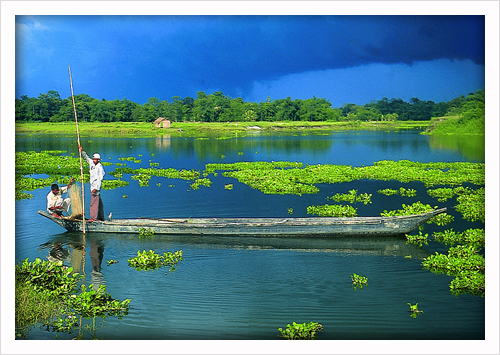 Majuli is 20 kilometers from the district of Jorhat in Assam. Jorhat is well connected by air, with daily flights from Guwahati, and four flights a week from Calcutta. From Guwahati, Jorhat is a seven-hour bus ride. Buses leave early mornings and at nights.

From Jorhat it is only fourteen kilometers to Neemati Ghat. There are at least two ferry rides to Majuli every day, one around 10 a.m., the other around 3 p.m. Exact times can be ascertained from the private bus stand at Jorhat, from where buses leave for Neemati.

The first ferry ride lasts about an hour - after that transfer to a bus for a ten-minute bus ride across Major Sapori, another island en route Majuli. Then a short ferry ride, and yet another bus ride to Kamalabari, the main town on the island. You can also hire a taxi, either from Jorhat or in Majuli. The taxi can cross over on the ferry.

Majuli does not have a developed infrastructure for tourism. There are no hotels. Some satras have guestrooms. If you write in advance, they would certainly be available. The Satras that have such facilities and can deal with visitors easily are NatunKamalabari, Uttar Kamalabari, Auniati, Bhogpur and Dakhinpat. The first two are walking distance from Kamalabari. The second two are slightly further afield (about six kilometers away), and Dakhinpath is at one end of the island. In case you wish to go to Dakhinpath, there is a ferry from Neemati direct to Dakhinpath as well. In addition to the Satra facilities, there are Inspection Bungalows at some points on the island (the one at Kamalabari is well located), and a Circuit House at Garamur, which is the sub-divisional headquarters. For the Inspection Bunglows and Circuit House, you could write to the Sub-Divisional Officer, Garamur, Majuli, Assam.

There are 21 Satras on the island of Majuli - several of them still very active in the tradition and training of dance, drama, music, art and craft. You can hire a boat and cruise down the river in the early morning, bird-watching; and also visit fields and homes to see the cultivation and weaving for yourself first hand.
When to visit?

The best time to visit Majuli is during Rasleela, at the time of the full moon in the month of Kartik (November). However, Majuli can be visited all year around. It is better to avoid travel during the rainy season as much of the island is flooded.

“Umananda” is the smallest river island in the midst of river Brahmaputra flowing through the city of Guwahati in Assam. The British named the island Peacock Island for its structure.

According to Hindu mythology, Shiva created the island for his wife Parvati's happiness and pleasure. Shiva is said to have resided here in the form of Bhayananda. According to a myth in Kalika Purana, Shiva burnt Kamadeva with his third eye on Umananda when he interrupted Shiva's deep meditation, hence the Island is also known as Bhasmachal.

Umananda Island is the home to the species of golden langur. Tamarind trees can be spotted across the Island. 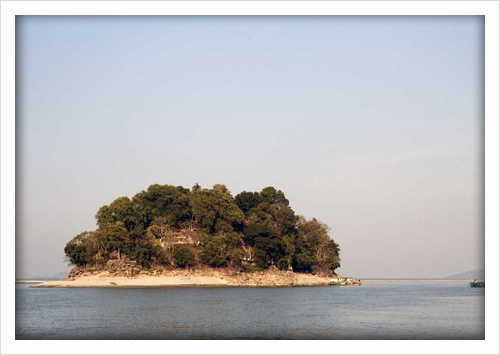 The island can be reached in via 10-minute ferry ride, available from Umananda or Kachari Ghat, located near Guwahati Highcourt. Ferries are available at regular intervals for the ease of commuters.

Maha Shivaratri is widely celebrated in Umananda. Monday is considered to be the holiest day in the temple and the new moon brings bliss to the pilgrims.However, the Island can be visited all year around. 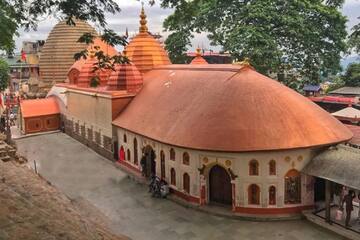